computer peripheral that controls the computer using hand movements. After my team and I messed with the Leap Motion controller, Francisco and I planned the Arduino coding process with Forrest. The game will be controlled with an Android phone’s accelerometer. The data from the phone’s accelerometer will be sent to an Arduino, which will then be converted into voltage, which will then power the DC motors and servos. The DC motors and servos serve to tilt the platform of our game. The basic objective of our game is to get a ball

through a maze and into a hole. After planning, Francisco and I configured the Arduino Yun. The set up was simple. We named our Yun “Messi” and we set up a password for it so that outsiders can’t connect to it. The team is planning to connect the Android phone to the Arduino Yun wirelessly via wifi. This will eliminate clutter as well as allow other people to connect their phones to the Arduino and control the game from their own device. Next, I analyzed some Arduino code and tried to understand what the code meant. This process helped me understand Arduino code more. Towards the end of the work day, Forrest, Francisco, and I played around with the Yun. We got the Yun to make a LED blink; we also got the Yun to make a servo move with a full range of motion. During our experiments with the Arduino, I learned that the code must be compiled before it can be uploaded to the Yun. Today was a great work day.

Today we got straight to work as soon as everyone arrived. Francisco and I developed a plan as to how we are going to program the Arduino Yun. Our agenda for today was to define the motors/servos, define the 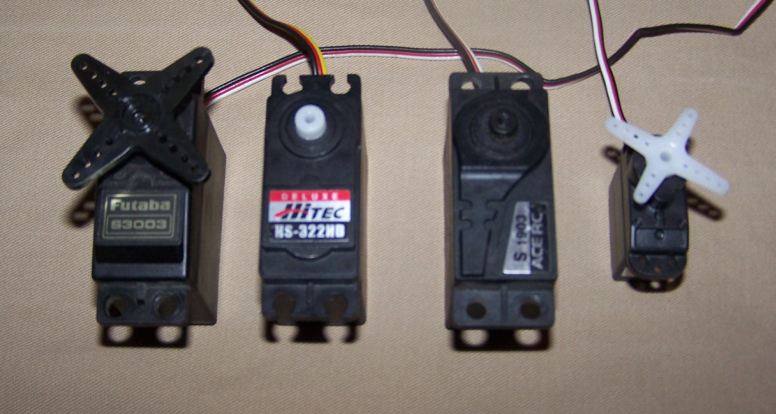 communication protocol, limit the motors’ range of movement, and translate the input into instructions. In order to get a better understanding on how Arduino code controls motors, we analyzed some code that was posted on the Arduino website. Later, Forrest, Francisco, and I tried to connect to the Yun via wifi, but the Yun’s wifi network was not appearing. This problem was easily solved by resetting the Yun. We tried SSH’ing into the Yun via a terminal, but there was another problem; it would not connect. I figured out the problem after a while; the problem was that we were using the wrong username. We were using the username “Messi”, when we were actually suppose to use the username “root”. At the end of the day, we briefly arranged our next meeting.

Today Francisco and I decided to work on developing the Android application. We decided that it was not a

game. After some Googling, we stumbled upon MIT’s App Inventor website. We created an app on the MIT App Inventor website to test it out. The app displays the X, Y, and Z coordinates of an Android phone’s accelerometer live on the phone’s display. Towards the end of the work day, we designed the application’s graphical user interface. A picture of our design can be found beside this post. Oh yeah, we also took a selfie today.

To begin our workday today, we organized the entire workplace. We not only made the workplace more

appealing, we also made it easier for us to find certain materials that we needed for our project. After we all tidied up the place, I helped Fernando, Latif, and Sergio construct the prototype for the “tilt box game”. The prototype is constructed from cardboard and some acrylic. As I was gluing the pieces together, I accidentally got superglue on my fingers. Next time, I’ll remember to use a pair of gloves. Later, I designed the graphics for the Android application using Photoshop. At the end of the day, Francisco and I briefly discussed that we might need a Bluetooth Shield for the Arduino Yun.

Today Forrest introduced to us a new tool that we can use for the project; a laser cutter. I learned

that in order to use the laser cutter, I have to first create a template in the Rhino software. After that, I must export the template from Rhino to the laser cutter’s software. From there, it’s as simple as adjusting the power, the amount of cycles, and the speed. Lastly, just hit the “print” button. It’s simple. Later, Francisco and I did some research on YouTube and found an instructional video that taught us how to control a single servo with an Arduino and an Android accelerometer.

Today Felix, Forrest, and Dustin announced that this week will be different. This week we will be preparing for a special event this Saturday, July 19. The “Berkeley Spark 2.0” event will be held in Berkeley

at the Martin Luther King Jr. Civic Center Park. To start off my workday, I had to install Windows 8 onto an old computer we had around the shop. After many failed installation attempts, I realized that the hard drive might be broken. To confirm, I removed the hard drive from the PC and plugged it

into another PC; the PC would not boot, so clearly the drive was broken. Next, I prepared the other computers by installing the Leap Motion software and the Kinect software. Later, Forrest showed Francisco and I how to use the Kinect software and we played around with the hand recognition software. To top off the day, I changed all the computers’ wallpapers to the FLEET wallpaper I created previously in Photoshop.

Today we decided that we would use Forrest’s metal tool cabinet to hold out computer towers during the event. The metal cabinet was really rusty, so we cleaned it up a bit by using a grinder to grind away the rust. We also covered up the FLEET logo on the cabinet with painter’s tape so that we would paint over it later. It was nice to have access to all the professional equipment in the shop. Francisco and I began experimenting with the Arduino code that controls the LED strip to see if we could get some better colors. Forrest later suggested that we could use the Kinect to control the colors of the LED strip based on people’s hand movements.

Today was the beginning of a busy week.

This Friday there will be corporate representatives from various companies, including

Chevron, at the FLEET workspace. By Thursday, we must have six exhibits to showcase to our special guests. Forrest suggested that we should have an exhibit with the Kinect and 3D printer.

The Kinect would capture someone’s face and then the 3D printer would print out their face. Warren, Francisco, and I began to read an eBook on how to do just that. There was a lot of

troubleshooting, but we finally got the Processing sketch to work. We have now successfully completed one more exhibit for Friday’s event. If this fails, which is highly unlikely, I have a backup that I found called “Shapify”. It captures someone’s body and creates a 3D model of it, but unfortunately it does not allow us to print it. At the end of the day, Francisco and I helped Felix assemble the partition walls that we will be putting up to make the workspace more organized.